Headliners Dillian Whyte (23-1) and Joseph Parker (24-1) meet in a tasty heavyweight clash that will see the winner move on to world title contention next.

Kiwi Parker is back in the UK after fighting in the Welsh capital in an historic unification battle with Anthony Joshua in March, with Whyte’s old foe handing a first career defeat for the New Zealand star on points. Parker lost to AJ just four months back but it was way back in 2015 when Whyte fell to his old amateur rival in the seventh.

BBN provide you with all the details you need if you plan on watching the stacked PPV event:

The O2 Arena in London

12 three-minute rounds at the heavyweight limit

Dillian Whyte puts up his WBC Silver strap and there's also the vacant WBO International heavyweight title up for grabs, which was recently vacated by Anthony Joshua's next opponent Alexander Povetkin

Sky Sports Box Office have the exclusive rights to the fight in the UK and TV coverage starts at 6:00pm and will cost £19.95.

Even if you are not a Sky TV subscriber you can still book and watch: You can watch all the fights live via your PC/Desktop/Mac, NOW TV Box or Smart Stick, iPhone, iPad, Android phone or Android tablet and it is simple to sign up to watch the summer sizzler.

First of all, create an account and pay at www.skysports.com/boxofficelive. Once paid, you can then select which online device you want to watch the fight on by using the same login details you created at sign up (i.e e-mail address and password). 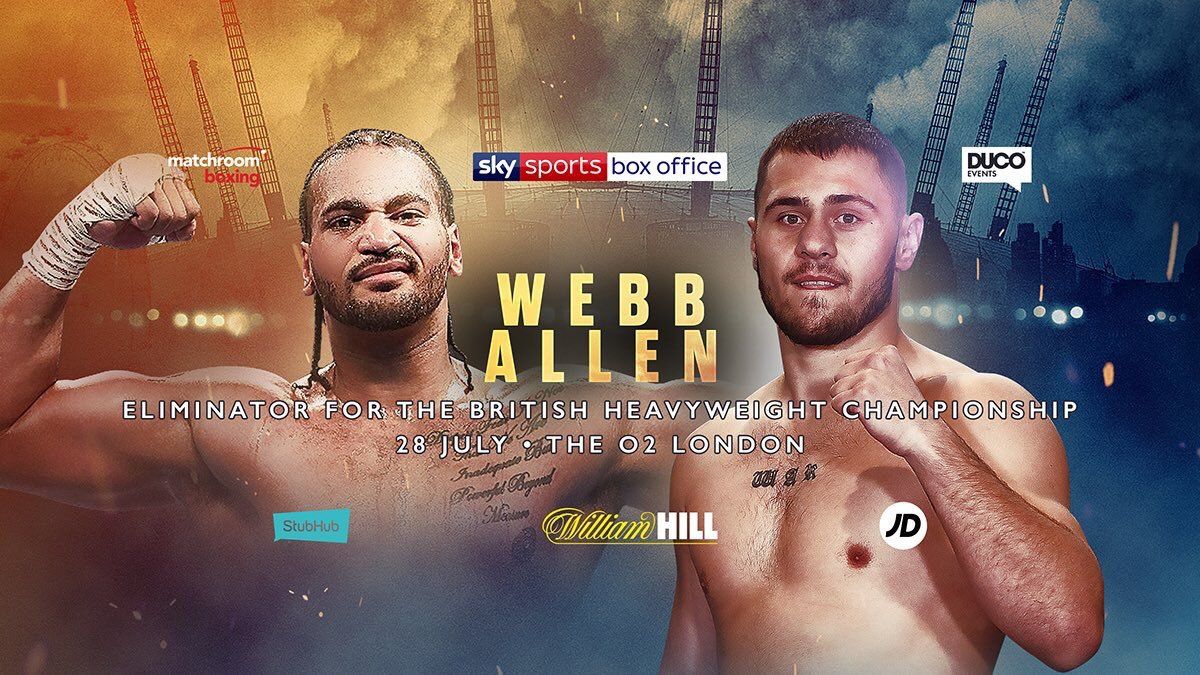 The latest addition to the card that has seen a few cancellations in the lead-up is the tantalising British title eliminator between unbeaten heavyweight Nick Webb (12-0) and Twitter legend Dave Allen (13-4-2).

It's the 'Lion' versus the 'White Rhino' in a fight that will mark a significant step up in levels for Webb, 30 from Chertsey, and a last roll of the dice for Doncaster’s David Allen.

The pair have been trading verbal blows over social media for a while and are bound to set the Greenwich Peninsula alight in what is expected to be an all-action, explosive heavyweight clash that is unlikely to go the distance due to their exciting clash of styles – Allen wears his heart on his sleeve and likes to tread forwards and Webb is a devastating puncher brimming with confidence. The winner will meet British heavyweight titleholder Hughie Fury next. 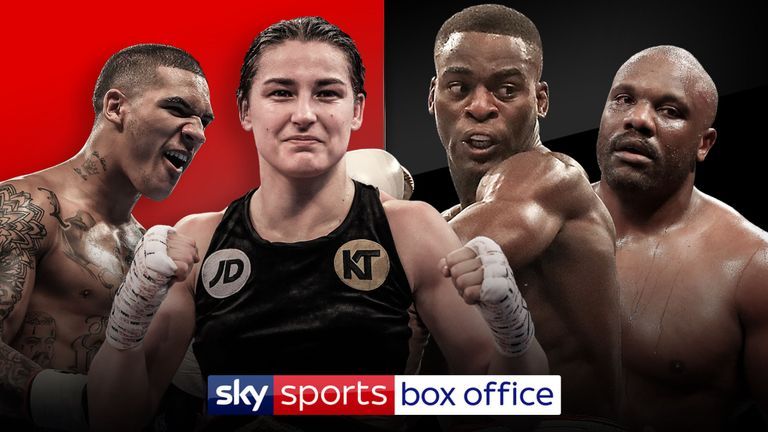 There’s even more heavyweight action with former World title challengers Dereck Chisora (28-8) and Carlos Takam (35-4-1) meeting in a must-win match up that will keep the world title hopes alive for the victor.

Joshua Buatsi (6-0) steps up in his first ten-rounder against former British light-heavyweight title challenger Ricky Summers (15-1) when they clash for the WBC International light-heavyweight crown in just the 25-year-old’s seventh pro fight since joining the paid ranks last July.

Tickets are limited but still available from axs.com