Derek Chisora is a legitimate, heavyweight monster - a formidable, 250-pound bull of a man who deploys a savage ferocity whilst bearing no prejudicial or discriminatory qualms when unleashing a brutal, eight-ounce-gloved leathering upon his opponent like it's going out of style.

Whether it be Joesph Parker, David Price or 75-year-old grandma on a zimmer frame - either way, if Chisora is happy with his purse for the fight, then the opponent who stands before him will be in for a truly, broiling encounter.

Back in 2018, Carlos Takham suffered two freight-train knockdowns before the fight was put to bed by big Del - while Poland's Artur Szpilka was rendered unconscious, draped on the ropes, later requiring paramedic attention after two nasty rounds with the Zimbabwean-born British scrapper.

Following his pugilistic-dismantling of Dave Allen on July 20th at London's 02, 'Big' David Price stuck two fingers up to all the haters, all the disbelievers and to all who doubted his ability to see-off the 'White Rhino'. In his post-fight interview, Price spewed a verbal onslaught at every single Dave Allen follower, every non-David Price fan, every pundit, bookie, journalist, and every one of his boxing compatriots around the world who staked heavily on him getting chinned early doors.

Since then, the big scouser has re-aligned his reputation and position within the heavyweight jungle, demonstrating his engine, his skill, his experience and the bad intentions of his fierce, power-punches that thundered into the tough, tough Yorkshireman for thirty-minutes of heavyweight boxing.

Thrown into the mix of his career prospects and considerations - according to Frank Warren - the Liverpudlian previously knocked-back a potential collision with the division's shining star, Daniel Dubois. Price himself recently admitted the choice his future opponents will be meticulously addressed through a "risk vs reward" medium. The former Olympic bronze medalist has openly stated the selection of his fights will essentially be judged on whether world title spoils at stake or simply fighting for a hefty payday that will financially secure his family's future.

And while Chisora is still climbing the ladders of title contention, it may be fair to speculate that both men will be receiving a nice few quid for what will be a gruelling night's work.

So, how do the two men fare against each other in this enticing dust-up?

David Price - along with possibly every other heavy - must not engage in a trade of leather with Derek Chisora. As his dance partner in this domestic affair, David needs to ensure he keeps the fight at a long, long, long-range: Height, reach and boxing prowess should all be factors that contribute towards the scouser's chances of doing a number over his man on October 26th at London's 02 Arena.

Price could never play the role of a "dirty fighter" - it's not his style. In the boxing ring, David conducts business fairly and honourably; a lesser man with Price's power would possibly contemplate "getting dirty" in Chisora's world by imposing his size, bulk and weight over the home fighter. Jabbing and grabbing, frustrating the hell of David Haye's heavyweight draw whilst occasionally throwing hard and low, just to blow some wind out of the burly scrapper's sails; a necessary evil-tactic one may believe. But not Pricey, no. David will never deviate from boxing cleanly and competing fairly.

Chisora is a barbarous, callous-brute within his domain. Over the years we've seen many a fighter get obliterated by the former British, Commonwealth and European, heavyweight champion. Thereafter - not many men have fancied a second waltz with the big fella; Tyson Fury and Dillian Whyte being the only two fighters to engage in a rematch.

Against Del's Joe Frazier-esque style: Dipping, bobbing and weaving while tearing-out explosive hooks to the body and head - not forgetting his over-the-top shot that impacts like a sledgehammer. If David Price does not box smart on the night, then he will be tailor-made for old Del Boy, and the shots that come - and boy will they come - will be solid, spiteful and destructive in their nature as they immobilise and hurt whatever they hit.

To sum it up, Chisora will be able to play in Price's world all night long, always possessing the knockout threat. David cannot afford to go looking for the knockout, however, if the opportunity presents itself - he must seize the chance swiftly - to devastating effect.

However, if Price keeps the fight at range, fending-off Chisora with his ramrod jab and punishing one-two combinations, then a points victory may be on the cards for the big fella.

Prediction: I'm on the fence at this stage. If Chisora lands - it's over for Pricey. But, if he can steer clear of that big right and nick the rounds, then I think Price wins via a unanimous decision. 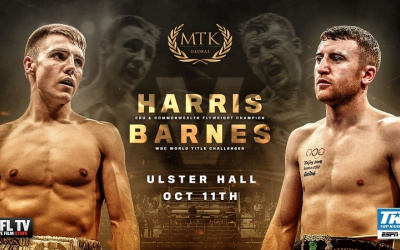