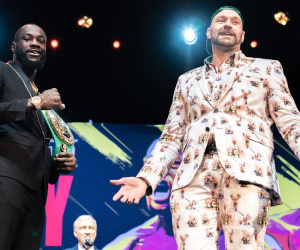 Wilder vs Fury 2 Preview and Prediction

In two weeks’ time (Saturday, Feb. 22nd), the two undefeated heavyweights will settle the tied score emanating from their split-decision draw back in 2018.

The fight will take place at the MGM Grand Garden Arena in Las Vegas. This time, Wilder is not as heavy a favourite as he once was.

The fighters are almost even in terms of the odds to win the second fight. Fury is ever-so-slightly favored at 20/23. Wilder is at 20/21, as per the majority of the sports betting sites featured on MyTopSportsbooks.com.

The narrow gap is not the least bit surprising. The first fight certainly had its ebbs and flows – with each man controlling certain portions – but on the whole, it painted a picture of two evenly matched boxers.

The consensus on the cards was that Fury won the early portions of the fight by keeping Wilder at a distance with his effective jab. But Wilder won parts of the latter stages as he upped the tempo to try to find a fight-ending blow, and he almost finished Fury in the 12th round with a devastating left hook that put a back-pedaling Fury on the canvas. There was a heavy jab that preceded that neat combo that flattened Fury.

The Gypsy King appeared to be down for the count, yet managed to both regain consciousness and rise to his feet in the span of 10 seconds.

Not often is the 201-cm Wilder at a height and reach disadvantage when he steps in a boxing ring, but that’s the case against the 206-cm Briton, whose 216-cm reach is a full five centimetres longer than Wilder’s (211).

That, in essence, is why Fury is the slight favorite. He’s a defensive mastermind who was able to win the first three-quarters of the 2018 battle with his distinctive, elusive style.

Wilder’s strength lies in, well, his strength. The American, who has still yet to taste defeat, has won 41 of his 43 career fights by knockout (or TKO). As Fury found out, if he lands a power shot cleanly, the end result is an opponent on his back.

The odds are close, but there are a couple highly-unlikely outcomes. The chances of Wilder winning on the scorecards are slim. He will have a very hard time out-pointing Fury, unless he’s landing his big power shots. And if he’s landing power shots, the chances of Fury again surviving the might of the Bronze Bomber are minimal.

At the same time, the chances of Fury winning by KO are equally low. He only has a 69% KO rate in his career – not high for a heavyweight – and would be smart to box the same way he did in the early portions of fight #1: i.e. carefully, conservatively, defensively.

The fight will air on BT Sport Box Office at around 4:00 AM GMT. 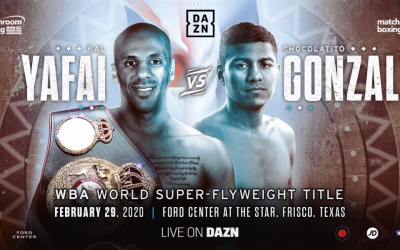 Junior Thompson shares bill with a dozen other undefeated fighters