“I went to watch a friend boxing on a white collar show around four years ago and I thought, ‘I could do that’, so I went to Maximus gym the next day in Frimley. There’s a boxing club – Frimley ABC – within the gym. I cancelled my normal gym membership that day and started the boxing gym from then onwards.”

“I didn’t really follow too much boxing when I was smaller, it was only when I was about 15 or 16. I loved Chavez and I really liked Mayweather, also Pacquiao for his fast hand and angles. These days, I like Lomachencko and, at my weight, Conor Benn.”

“I had my first fight when I was 22-years-old, and I won it. I turned up at 74kg but my guy pulled out so I had a guy 6kg heavier than me. I won the fight on a jab alone because I wanted to stay away from him! I sold 70 tickets, so I didn’t want to not fight and let all my fans down.”

“I didn’t have an amateur career, I was all white-collar boxing and unlicensed instead, mostly fighting in Aldershot in a show called Maximum Battle. I had 15 fights, lost two and won all the rest.

“Another boxer in my club went to turn pro but he was type 1 diabetic so didn’t end up doing it. My trainer had gone through all the process and I really progressed over those six months that it took and felt really ready.

There was a click in my last few fights where it all came together. Winning all my last fights and having nothing really challenging me, so knew it was time.

I had been sparring Elliot Matthews, Asinia Byfield and a few unbeaten pros and been doing well against them so felt I was ready to go.”

Have you been given a nickname?

“Yes, my trainer nicknamed me Bam Bam, the one from the Flintstones!”

“I’ve got a really close team at Frimley Boxing Club, very family-orientated club, they donate sales from tickets to the local community, and everyone in gym is close, from weights trainers to kick boxers to the boxers. We’ve had a few sponsorships for the club and got new pads, equipment and a new ring, which has really helped with sparring.

My trainer is Matt Gorton and I’ve been with him since day one, he was an unlicensed fighter himself and he’s brought me on leaps and bounds. My second is Ben Rickwood, and there’s another pro called Sam Horsfall in the gym who I normally train with, he’s a light-heavyweight.”

“No, I’m still working, got a business with my dad as a gardener. I get up at 4.45am every morning then go to the gym for an hour, then I go to work all day. I get back home and spend time with the wife and kids then I’m bak off at gym every evening bout 7pm.”

“I was quite a relaxed, explosive fighter with my hands down but recently been bringing hands up to work off the jab more. I’m a little bit like a Mexican, Chavez inspired my style a lot but also I like watching Conor Benn who fights a bit like a Mexican. I love the shape Kell Brook gets into for fights. I’m a bit like a Mexican Liam Smith! I don’t like giving any ground away, I like to hold the centre of the ring, if I give it away I want it back pretty quick. I’m always like to work, reset and start again, so I don't lose my composure.”

“I want to take one fight at a time, but I would love a British title, that would be a goal for me. Everyone wants that belt, it’d be great to have that around my waist. I think I’ve got the dedication to go that far.” 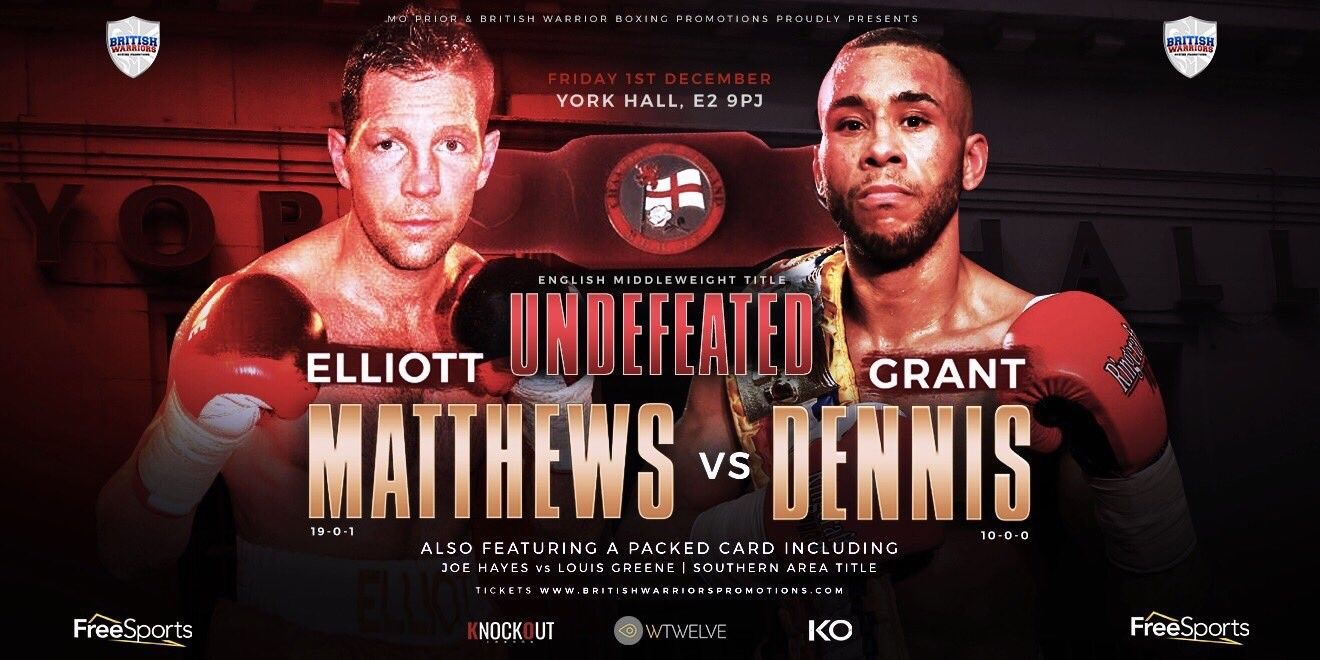 “I’d like to thank my coach Matt Gorton for getting me where I am today with all his knowledge, and the team at Frimley Boxing Club. Also to my wife Toyah and three kids! My sponsors - SDS SOLOUTIONS IT and technical recruitment specialists - DANIEL WEEKS DIY AGGREGATES - MARK HUMPHREYS EXTERIOR HOME IMPROVEMENTS - JAMES WATSON I LAKIN & SON'S - TOMMY & DANNY LARKIN JESS HIGGINS - DREAMLIBE GRAPHICS AND PRINT - EVERYONE AT ACTIVE HART LESUIRE CENTER - LUKE CHARLTON.

Thanks all of you, I would not be able to train this hard without your support and backing!"