The Essex star halted his visitor in the fifth to move 12-0, 6 KOs and make a massive statement on a night that also saw MTK Global team-mates Michael McKinson, Liam Walsh and Chantelle Cameron record thrilling victories.

Daniel Egbunike lit up the undercard by outpointing the previously-unbeaten Billy Allington for the Southern Area super-lightweight strap and there were also wins for Dan Azeez, George Fox, Frank Arnold, Jack Martin, Aaron Prospere, Liam Wells and Alex Bellingham on a stacked night of boxing.

Here’s all you need to know…

Dignum: “Full credit to Conrad. He was gentlemanly leading up to the fight and I wish him all the best. I’m pleased with my performance and it’s onwards and upwards.

“I’ll let other people decide what kind of statement I’ve made. I’m never going to be the guy who blows my own trumpet, calls people out or runs anyone down. Maybe I’m too nice but inside the ring, I’m not nice!”

McKinson: “We came back against a better opponent and I did what I did. You still haven’t seen the best of me and he was unbeaten. He was a proud man and I took his ‘0’.

“I’m cut from a different cloth to these guys. Who knows where I’ll be next year? I’m still young and I won’t get ahead of myself. I’ve got a great team around me and I’ll keep my head down. Everyone will know who Michael McKinson is – WORLDWIDE.”

“Jamie Moore and Nigel Travis kept telling me to box and it’s hard to get used to because naturally, I just want to hit them!”

Walsh: “It’s lovely and I think that gets me a top 15 ranking if I’m correct. I’m happy with that and I’m going in the right direction.

“I respect Maxi and he’s underrated. He has a smart team around him and they know what they’re doing. I wasn’t as good as I wanted to be. I want the biggest and best fights available.”

Egbunike: “The date today is strap season! Forget what it feels like – big thanks to my coaches. Thanks to Kevin Lilley, who put in work with me.

“I said I was going to be a champion. It’s my day today and my coach should get some real recognition. Thank you everyone for the sport. Where’s my pizza at?!”

Azeez: “It was good and good to get the rounds under my belt. MTK Global managed to get me out and that’s what I love.

“I’m looking to be out again in another four weeks. I’m on the right path, racking up wins and now we’re trying to collect more belts. We’re doing our thing.”

“I always want to do more because I’m a perfectionist. I’m happy to get the win and onwards we go.”

Martin: “I enjoyed the atmosphere and fighting at York Hall. I boxed well in the first two rounds but then I tried to force it a bit.

Wells: “It felt so natural turning up here. I felt myself. I was the most nervous I’ve ever been but I was enjoying the fear.

“I’ve worked so hard for these moments so I’m glad it paid off tonight. I’m back now.”

Prospere: “It felt great to get a couple of knockdowns and it was a good performance.

“I’m sure my coaches will have some criticisms so we’ll go back, watch it and see how I can improve.”

#MTKFightNight returns with a double-header next week as huge shows capture the imagination of Liverpool and Glasgow in successive days. 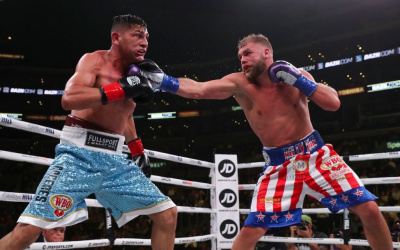