The converted Lord Lonsdale belt is up for grabs on July 13 as British heavyweight prospects Daniel Dubois (11-0, 10KOs) and Nathan Gorman (16-0, 11KOs) battle it out to be crowned not only the British heavyweight champion but also the next best prospect to potentially go on to world honours.

This simmering rivalry between the former Team GB teammates has been touted for a while with both men eager to push on in their respective careers, knowing they was on a collision course from the moment they both turned professional with the same Hall of Fame promoter, Frank Warren.

“The Germans are coming!” - Michael Wallisch and Erik Pfeifer both plan to ruin Dubois vs Joyce fight

The careers of both men to date have been impressive, Dubois has stepped up in level of opposition over the past few fights having faced and beat Tom Little, Kevin Johnson, Razvan Cojanu and most recently Richard Lartey. The latter being the most explosive performance to date showing he is willing to go into deep waters to get the job done.

Gorman has had an impressive year also having beaten Sean Turner, dangerous journeyman Kamil Sokolowski, who upset Nick Webb very recently, as well as victories over mutual opponents Razvan Cojanu and 'The Kingpin' Kevin Johnson, with Cojanu being the only difference maker between the two as Gorman went the scheduled distance with the former world title challenger whereas Dubois stopped Cojanu in their bout earlier this year.

Both fighters have a different style which will be the telling factor in the fight, Gorman is considered to have the edge when it comes to speed, fast hands and impressive footwork; he has been able to outhustle his opponents by getting in and out of range quick enough not to take too much punishment on the way out. Gorman has also shown he has a great engine having gone the distance on more than one occasion.

Dubois is considered to be the bigger puncher in the contest, and his record suggests so, having stopped all but one opponent. His punch accuracy and ability to fight on the inside has been impressive to date, however questions have been asked over his stamina and whether or not he can be consistent over the distance. In the bout with Kevin Johnson he looked laboured and sluggish, however this was the first occasion he had gone past five rounds. He got tagged a few times against Lartey but stood strong and finished in emphatic fashion.

The fight itself is going to be the first time we expect both men to have to go deep into the trenches and it is likely to be a tentative opening few rounds as both men look to gain the upper hand on one another. If Dubois can stamp his authority on the fight early with his power then it is possible he could take Gorman to a place he has never been in his pro career to date, despite the experience and wisdom of the great Ricky Hatton in his corner.

Gorman will have to utilise his speed, footwork and head movement to avoid the power and strength of Dubois, and his combination punching on the inside will play a telling factor if he can get in and out of the pocket quick enough not to get caught.

Ultimately this is a huge fight for both men at such an early stage of their career and a loss for either fighter should not have too much of an effect at this point. I like that either of these fighters are willing to risk a blemish on their records so early on. Let's forget the Mayweather effect of protecting the zero and let's watch entertaining battles instead.

I personally see Nathan Gorman being too slick and too quick for the heavy-hitting Londoner, but I expect a fair few rocky moments throughout the contest, with Gorman coming out as the victor with a unanimous decision over the 12 competitive and thoroughly entertaining rounds.

Ask the Experts - Should Jarrell Miller be allowed to fight Tyson Fury? 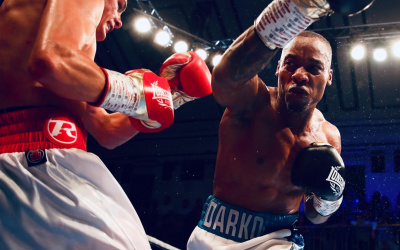