The two men will collide over eight three-minute rounds at Production Park Studios in Wakefield on Friday, January 22, live in the US on ESPN+ in association with Top Rank, and worldwide on IFL TV.

Undefeated MacIntyre (12-0-1, 5 KOs) is back following his impressive stoppage win over Ishmael Ellis in August, while former Southern Area champion Sakyi (8-3, 4 KOs) returns after taking part in the #GoldenContract.

MacIntyre said: "I'm buzzing to be back fighting, especially on such a big card. Hopefully we can kick 2021 off with a big win on January 22nd.

"I watched Mikey Sakyi in the Golden Contract so I know a fair bit about him, and since then we've done even more homework and research.

"I'm expecting a tough fight because he's a tough guy, but it's nothing that I can't handle. Anything he brings to the table I'll have an answer to."

Sakyi said: "I'm very excited to get back in the ring, and it's been a long time coming.

"It's been frustating having a long time out of the ring but I've been in the gym working so that's kept me in good shape mentally and physically.

"I haven't seen too much of MacIntyre, but he looks like a strong fighter and this makes for a good match up."

"Craig has looked fantastic in his career so far, but now faces the toughest test of his career against Mikey, who has produced a number of sensational performances.

More bouts will be added to the January 22nd #MTKFightNight in the coming days. 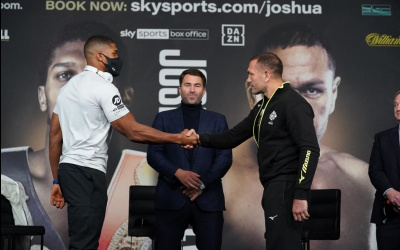