BBN have provided viewers with all the details needed to tune in and watch Lancashire's Charlie Schofield (15-1, 1KOs) and Darwen's Mickey Ellison (12-3, 4KOs) clash in a championship contest on the 155th day of the year.

All the details you could possibly need to watch the Friday fight night are listed below:

The vacant English super-middleweight title is on the line.

You can live stream the fight HERE

Subscription to Fightzone TV costs £4.99 per month - Sign up HERE

There's another title fight on the bill, as Danny Whitaker (4-2) challenges for the vacant Central Area heavyweight title against Chris Healey (8-8, 2KOs).

Schofield's CV consists of a lot of journeyman, so much so that he has defeated the same ones twice - Curtis Gargano and Elvis Dube. The one occasion he stepped up to face a winning fighter, he lost by a single point... to Mickey Ellison.

The pair battled it out over 10-rounds in September 2019, which 31-year-old Ellison edged on 95-94 on points. That was Schofield's last fight, close to two years ago now, whereas Ellison has fought three times since then - two wins, one loss.

In his last fight, however, the Blackburn boxer was blasted away by hard-hitting Padraig McCrory in 70 seconds, clearly overmatched against the Belfast prospect.

So both boxers come into this championship contest on a loss, which should set the stage for another thrilling fight.

Schofield:  “It was a great fight last time, and really close, a proper 50-50. The supporters enjoyed it and so did I. It was my first 10-rounder, so I’ve learned I can cope with the distance. I’m looking forward to June 4 now and feel like I’ve developed as a fighter. We’ve got a game plan and I’ll adapt to whatever he brings on the night.

“He has been more active since that last fight than me, but I’ve also been working hard. I’ve been in the gym constantly training and sparring; it’s been like one long training camp. I don’t feel like I’ve had a year out and I’m chomping at the bit now. I’m like a caged animal ready to let loose!

“This is absolutely the biggest fight of my career. It would mean the world to me to win the English [Title], I’m excited for the fight but also about headlining on Fightzone. I really appreciate being on board and think it’s a brilliant platform for British boxing.”

Ellison: “I believe I’m the favourite because I’ve been more active; I’ve had a couple of wins since and he hasn’t been out. I believe I can beat him by just applying pressure, like I did in our first fight. That fight was close but I enjoyed it more and wanted it more. He’s got to bring something different this time because I’ve improved since then and I won’t just be plodding forward in straight lines.

“It would be more than a dream come true to win the English belt – this fight is more than a world title for me, it’s like a [world title] unification fight – it means that much!”

Tim Rickson, BBN Editor: “I think that Ellison's vaster experience at the higher level will be the biggest factor, as well as his recent activity. He has already beaten Schofield, so that will give him an added advantage in confidence and composure. This will be his second title fight and I think he'll edge it on points in another close battle.” 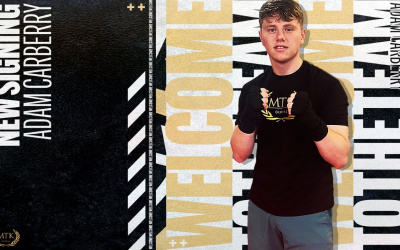