Carl Frampton believes his clash against Nonito Donaire on Saturday, April 21 will be one of the biggest fights to ever take place in Belfast and a make-or-break bout for both men.

>
Both former Fighters of the Year, the pair will meet in a blockbuster bout, live on BT Sport and BoxNation in the UK and Ireland on a Frank Warren-promoted bill.

And MTK Global’s Frampton is looking forward to meeting elite opposition on home soil in his first bout of the year, as he aims for a world title shot in 2018.

“But I think both of us are in the same situation – a slip-up here and one of us might never fight for a world title again. There’s a lot on the line for both guys.”

With a much-anticipated summer fight date at Belfast’s Windsor Park in the works for ‘The Jackal’, 30-year-old Frampton believes a win over the 42-fight Filipino veteran would be perfect preparation ahead of a world-title tilt.

The Irishman is coming off the back of a 10-round points win over Mexican Horacio Garcia last month in what was Frampton’s first outing since the loss of his WBA world featherweight crown to Leo Santa Cruz.

And ‘The Jackal’ is confident that victory over Donaire will tee up a bout against the winner of the forthcoming IBF title clash between 126lb rivals Lee Selby and Josh Warrington.

“In terms of the size of a fight, it’s not for a world title but the winner of this fight will no doubt get a world-title shot,” said Frampton.

“On the world stage, I think this is a bigger fight than Lee Selby against Josh Warrington, which is a world-title fight, so it’s huge,”  continued the Belfast native, whose reign as unified WBA & IBF world super-bantamweight champion in 2016 coincided with Donaire’s second spell as the WBO 122lb title holder before both men later claimed world featherweight belts.

“He’s been at the top of four divisions, but he was in the same weight division as me for quite a while and he’s someone I’ve always kept an eye on,” said Frampton. “He’s someone I admire as well and I think he’s a great fighter, but I think this is the perfect fight to get me ready for a world-title fight in the summer.”

While Donaire has suffered three defeats since being named 2012 Fighter of the Year by The Ring, ESPN and the Boxing Writers’ Association of America –the same honours Frampton picked up for 2016 – the 35-year-old ‘Filipino Flash’ is eager to prove that he is still an elite force at 126lbs.

“This is exactly the type of fight I live for — going in against one of the best in the world in the lion’s den of his hometown of Belfast,” said Donaire. “I can’t wait for the first bell! I know I’ll have to be the best I can be on fight night. Make no mistake, I’m already training like never before.”

MTK Global Professional Development Coordinator Jamie Conlan believes the fight will be an ideal warm-up for Frampton ahead of a summer world-title date.

“Donaire is a great fighter and this will be a real test for Carl, but it’s one that MTK are confident he’ll pass and that he’ll do so in style. Fair play to Carl, he didn’t want a handy fight ahead of another world-title shot and we were keen to deliver that,” said Conlan.

“It’s going to be another huge night for Belfast and Irish boxing and we’ll have some of MTK’s best talent on the bill.”

Details of a press conference will be announced in the coming days.

Tickets for Frampton v Donaire will be available to purchase from the SSE Arena Belfast Box Office, www.ssearenabelfast.com and 0044(0)28 9073 9074 from 10am on Thursday, January 11th. Prices range from £40 (tier) to £400 (inner-ring hospitality). Tickets will also be available from MTK Global fighters on the bill. 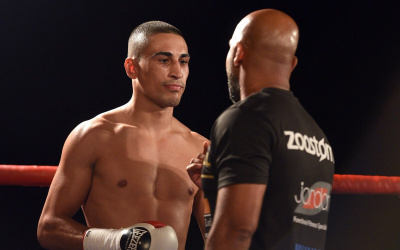