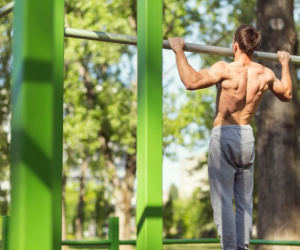 Boxers have discovered new training techniques as a result of lockdown

Since March 23, the day that Prime Minister Boris Johnson announced a nationwide lockdown to combat the rapid spread of COVID-19, the tens of thousands of boxing clubs around the country have been closed.

Those doors remain shut for many, only professionals and elite amateurs are allowed to train under the strictest of conditions under recent easing’s in restrictions.

For at least 12 weeks, professional boxers, whose day starts and ends at the gym, have been isolated at home with nothing to do. Some were already fortunate to have equipment at home, such as a punchbag, and others quickly ordered training gear in so they could continue their fitness.

Due to the constrained circumstances, new forms of training were soon applied. Pro boxers stuck at home began using kettle bells, heavier weights, new strength training routines, learning how to do pull ups, and many more new techniques otherwise not used in their camps before.

Ace Adam, an unbeaten super middleweight from Catford, used the time co convert to a vegan diet, as well as becoming an expert in pull ups, progressing from a single standard chin up to practising over 12 different variations to the strength-building exercise.

Roadwork, the bread and butter of a boxer’s endurance, continued as normal for most, but some found a new love for cycling, such as Welsh Area champion Kieran Gething, who often posted his times on social media of bike rides lasting for over four hours.

Everton Red Triangle Gym in Liverpool boast a septet of unbeaten prospects, who have not had their usual experience of being together as a team training everyday under the guidance of expert coach, Paul Stevenson.

Instead, they have all been exercising very differently at home, with welterweight Jack McKinlay enjoying two-hour-long bike rides; super bantamweight Bradley Strand has become a long distance runner; super lightweight Jonathan Walsh has really gotten into his strength training; middleweight Harry Woods has learnt lots of new routines with kettle bells; Connor Butler has been punching ‘Bob’ – a dummy punchbag; and featherweight Nick Ball has been chopping firewood with an axe, a bit like Rocky Balboa!

Despite the limitations and subsequent frustrations, it’s hopeful to see the adaptability of these young athletes that are still striving towards their goal without anything certain in sight to aim for. It certainly demonstrates the professionalism and determination the young prospects and tomorrow’s champions have instilled in them to realise their dreams.

Essential tips for beginners in boxing