Kieran Gething believes he’s found the right weight class for him as he prepares to face Henry Janes for the Welsh Area super-lightweight title on Saturday.

Gething (6-2-1) drops down to 140 pounds after previously competing at welterweight, and he has revealed the new methods he has adopted in order to prepare for the change.

Gething said: “I’ve been on a vegan diet so I’ve been approaching this fight differently. It’s been in my mind for a while to try the new weight and it’s something I spoke to my team about prior to my last fight.

“I felt I was an average size welterweight, but I think I’ll be a pretty big super lightweight. People forget that I’m only 24, so I’m still only young.

“It’s nice that I’m fighting for a title straight away again. I don’t want to mess around at lower level, I want these title opportunities.”

It’s already been a successful week for Gething after he was awarded Fight of the Year for his extremely tight contest with Tony Dixon at the BBBofC Welsh Area Boxing Awards over the weekend.

The 24-year-old was delighted with the accolade, and hopes a successful 2019 can lead to more trophies heading his way in the future.

He added: “I was very proud of that. I’ve been going to the Welsh Awards since they started around five years ago, so to be receiving an award myself is great.

“There were some big names there, like Liam Williams who is a fellow MTK fighter, so to be sharing an award ceremony with them is a big honour.

“I want to push on next year and win contest of the year again, but hopefully I won’t leave it that close a fight again! I certainly want to put on a good performance to get in with a shout though.  Hopefully I may even be able to win Boxer of the Year too if I can progress how I want to progress.” 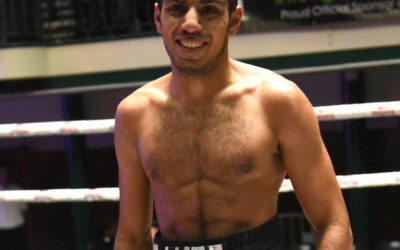