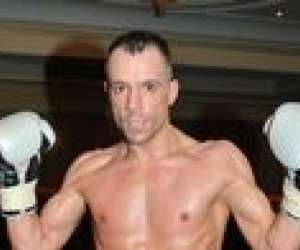 The 34-year-old Nuneaton pugilist wants to carry on till his 40s despite winning just nine of his 199 pro fights.

Most weeks, Kristian Laight has a fight – and most weeks, he loses.

Of his 199 professional fights, he’s won nine, drawn seven and lost the rest. All 183 of them.

Journeymen: the boxers who choose to lose

In a sport where everyone wants to be a champion, Laight has found there’s a good market for being a loser. He’s a journeyman – and winning is bad for business. “Whenever I win a fight or get a draw, the ‘phone doesn’t ring for a couple of months,” said the 34 year-old from Nuneaton.

“I don’t go in there to lose, but if I can’t win I know how to get through a fight. It’s all about keeping them at distance and getting them to box at my pace. I can control the pace of a fight without even throwing a punch. “I just use my feet. It’s easy.”

Laight had to use his feet after his 199th fight, a points loss to Lee Redpath in Scotland last month. “The dressing rooms were terrible and there was no security,” said the light-welterweight.

“The fans were right next to the ring and they hated me. They were calling me an English pig and much, much worse.

“After the fight we made a sharp exit. We ran out of the fire exit – but I got paid and that’s the main thing.”

Laight reaches the milestone of 200 fights when he meets debutant Kieran McClaren in Cannock on Saturday. He’s had five days’ notice for the fight and for Laight, that’s plenty of time to prepare.

In the past, he’s taken fights at just a few hours’ notice. “I went out for a pint one Saturday and my phone rang,” Laight remembered. “My manager had a fight for me that night in the Midlands, somewhere not far away, so I put my drink down, drove to the venue and was in the ring a few hours later.”

Laight went the distance, lost on points – and did it all over again a week or so later. “When I turned pro, I thought I would just have a go and see what happens,” said Laight, who made his paid debut in 2003. “But I lost a few close decisions and thought that if I could go in there and look after myself, I could do it week in, week out and keep earning.”

Of the fighters he’s shared a ring with, Laight rates world-title contender Kevin Mitchell and Belfast’s unbeaten Anthony Cacace among the best. “I’ve been in with some good lads,” he said. “I’ve been in with strong lads, fast lads, sharp lads . . . “ Most of them beat Laight – and he’s happy to carry on losing for another six years. Even if he keeps fighting regularly, Laight is unlikely to have more fights than Leicester’s Len Wickwar, who had 468 recorded fights between 1928 and 1947, or Chelsea bus conductor Billy Bird, who fought for money 356 times in a 30-year ring career. But there’s one milestone that’s within his reach. Peter Buckley, the busiest British journeyman of the modern era, retired six years ago after his 300th professional fight – and Laight plans to equal that.

“I’ve just turned 34,” said Laight, “and if I keep passing the medicals, there’s no reason why I can’t keep boxing until I’m 40. “I don’t take a lot of punishment and should have another five or six years left. “The next target is 300 fights.”

Carl Froch has got high hopes for Luke Blackledge