Billy Joe Saunders wants Canelo next - at any weight

The undefeated British boxer defended his WBO world super-middleweight title for the first time against Marcelo Esteban Coceres (28-1-1) at the Staples Center, Los Angeles, on November 9 in a hard-fought win, pulling out all the stops to get rid of his tough opponent in the 11th round in what was his American debut.

Canelo also scored an 11th round KO victory in his last fight, just one week earlier than rival Saunders. He stepped up to 175lbs to win the WBO world light-heavyweight title from Sergey 'Krusher' Kovalev at the MGM Grand in Las Vegas. The win saw the 29-year-old make history as a four-weight world champion, joining fellow Mexican legend Erik Morales.

The pound-for-pound megastar is the next boxer on Billy Joe's hitlist. After switching from Frank Warren's Queensberry Promotions to Matchroom Boxing, Eddie Hearn has publicly stated that he believes he can secure the Canelo fight for his newest signing on Cinco de Mayo next year.

Alvarez's resume is exceptional, with some of the world's best boxers scalped, but he couldn't get to defensive genius Floyd Mayweather when they met in 2013. Billy said he wants to be the second man to beat the Mexican boxer and with an evasive, slick, good defensive style, he could well be just one of very few fighters in the world with a chance.

Although unclear whether ithe fight is going to happen or not we can get boxing odds at NetBet Sports easily. But one thing is clear that whoever beats the number one pound-for-pound boxer becomes the next face of boxing. Billy said his style is tricky for Canelo and he can beat him.

He said he wants to beat one of the biggest names in the business and want to keep going until he can’t fight any longer. That’s the goal of his boxing career, which had stalled a little until 2019, he said. He said is he might move up to 175 and then Canelo will have no option but to fight him. He is prepared to utilize a WBO (World Boxing Organization) championship rule where a champion moving up from other weight categories is the mandatory challenger for the champion of that weight division in order to sevure the fight.

He added “It's the fight that hundred percent I want next so I'm ready to rock and roll. I want Canelo, they keep saying he's the best. Floyd Mayweather is the only man to beat him, I know I can be the second man to beat him."

Saunders exclusively told Sky Sports, "It'd be a very tough challenge but there is something inside of me that I've known since day one when I turned pro. I knew our paths would cross and I'm 100% sure that I'd beat him.

"I might move up to 175lbs and then I become mandatory to him. He either fights me or vacates. Give me a fair playing field and I know I have the beating of him. I do have the lock to undo 'Canelo'. I'm feeling the best I have, I'm ready to rock and roll, I want these big fights."

Who could be Canelo’s next opponent?

Other than Saunders, Callum Smith and Gennady Golovkin are on the shortlist for the next opponent to face the Mexican great.

Unbeaten Briton Callum Smith could be the toughest test for Canelo. The fight between two big but excellent technicians would be great to see, where one who targets the body against tall fighters, while another who knows how to handle his own on the inside.

The third match with Canelo and GGG would be more interesting to see as the latter is holding a world title at the middleweight division. But there are really low chances of this fight happening since Canelo might not be ready to move all the way back down to 160lbs for the fight.

So the last guess we are left with is Saunders and he wants this fight desperately as well. It’s really to guess who would win this fight but the unbeaten Saunders can really be a problem for Canelo because of the former’s fast fisted southpaw style. 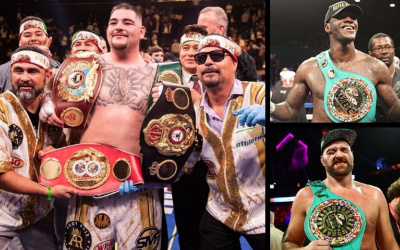