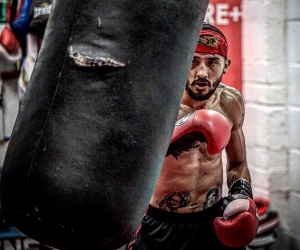 First up for Andrew ‘Superstar’ Selby, the British flyweight champion is relishing the prospect of turning Fadhili Majiha’s aggression against him on Saturday night.

With the two-time world amateur medalist looking to follow up his spectacular one-round demolition of Worawatchai Boonjan in Dubai earlier this month, confidence is high.

Andrew Selby: I need to kick myself up the arse and get back to basics

Selby said: “Majiha is very tough and very awkward and he’s fought top-level fighters in the past like Jerwin Ancajas, Neslan Machado and Paul Butler.

“He’ll definitely be coming over here going for the win and when I’m facing someone with ambition, that’s when my boxing gets better and better.

“I’ve got Majiha in front of me now but in general, I’m staying ready for that world title shot. I’ll be ready and waiting when it comes.

“Looking at the champions, I rate the WBO champion Kosei Tanaka but I rate myself as the best.”

Why October 26 is a big night for British boxing